Be critical of the media you love.

Light a candle, but still curse the dark.

My playlists are currently all peppered with Birdtalker, a Nashville band formed in 2012 by husband and wife team Zack and Dani Green. Over time they added friends and acquaintances until resembling the five-piece band that recorded the single “Heavy” in 2016. I’ve always loved Heavy, it’s a happy sounding and feeling song but it’s got hella emotional layers — my kinda jam. I only recently listened to the full six-song EP that includes such new favs as “Graveclothes” and “Blue Healer”. Seriously, I never get tired of them.

I’m actually watching so many things right now but my main binge of the last few months has been re-watching all of the Marvel Netflix shows. It started with Daredevil and quickly spiraled into an obsession that led me down a crazy comic reading binge. Now I’m re-watching Iron Fist, Jessica Jones, and Luke Cage and basically chastising Claire Temple at every available moment for not calling Matt. Claire, call Matt!

I also recently watched “The Shape of Water”, a fabulous film that took me right back to the first time I saw Pans Labarynth. It’s dark, original, it’s got oodles of heart and ample character. Just like what you expect from a good Guillermo Del Toro film. Plus it’s stunning, did I mention it’s stunning? 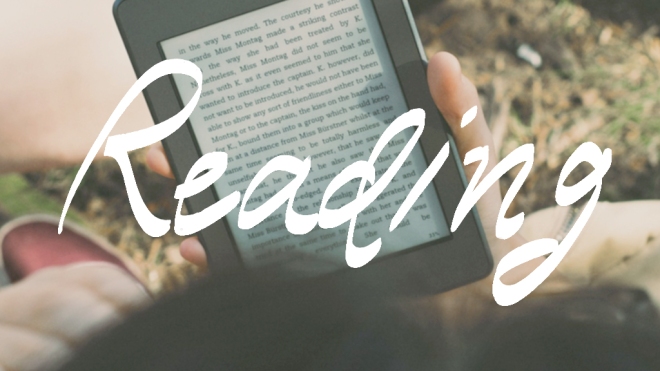 I’ve recently joined an informal book club and although we’ve yet to meet up, we’re all busy reading The Power by Naomi Alderman. It’s considered a science fiction book, although nothing like the sci-fi I usually read (which tends towards space opera and hard sci-fi). It’s about women developing a previously defunct power that allows them to wield electricity, leading to them becoming the dominant gender. The book has a really odd structure to it, it’s framed as a fictional retelling of history in a world in which women have always been the dominant gender, and the author is speculating on what would have happened if men had been the dominant gender first, and women had to overtake them with this power. Honestly, the framing is a little confusing at this point (I’m about a third of the way through) and I’m really interested to see how that narrative device impacts the overall story. It reminds me just a little of the framing in William Goldman’s The Princess Bride. If you’ve seen the film you remember the grandfather is reading the book to his grandson, in the book version it’s a historical novel so the grandson — William Goldman — believes the content of the book is entirely true. Of course, there’s more to it than that, but it completely changed how I read the story as a kid.

I’m actually on a bit of a break from video gaming. The last game I played was Dragon Age Origins, one I have actually never completed. I did get further than ever before this time, but then Daredevil happened and I got woefully distracted. I’ve finally created a warden that I really like though, so I know I need to go back and finish her playthrough!

What are you listening to, reading, watching and playing this year? Let me know what’s good in the comments!