Finally, a chapter worth playing.

Forgive me for forgetting — or at least ignoring– the fact that chapter 14, Mandalore’s Revenge, preceded this one. The only thing 14 gave us was this adorable creature: 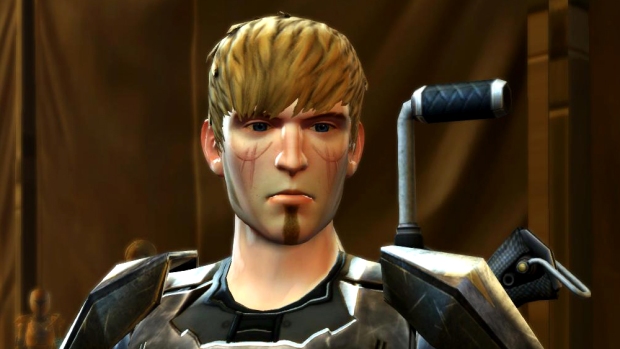 I admit I had no idea he was a returning character, I am even more excited to continue my new bounty hunter playthrough.

Ultimately, I’m more interested in skipping ahead to Chapter 15: The Gemini Deception.

15 picks up running where 14 dropped us. We’ve managed to capture a droid that may give us control of the Eternal Fleet. This time, the whole team is along for the ride. With the previous chapters all about building an alliance and developing relationships, the game shines when you get to take everyone roaring off into battle. With Senya, Lana, Theron and Scorpio by my side — I feel like a powerful badass at the front of a punk rock girl band (sorry Theron).

We board a ship and at least in this chapter the enemy, and the goal, seems clear. We need to take out the cybernetic ‘captain’ — a Gemini droid based on Scorpio’s design. I get to tease her over who will come out on top, and it seems I’ve boasted too soon as the group is immediately separated and I end up rage quitting the game in the first boss fight. Usually I’m pretty adept at these, but I don’t usually team up with Scorpio and she seems ineffectual. That’s who I’m blaming anyway.

A few days later I pick up the game again and manage to get past this stupid robot and his endless stream of cronies. Ultimately, I’m most impressed that this is the first of three challenging boss fights in the chapter. 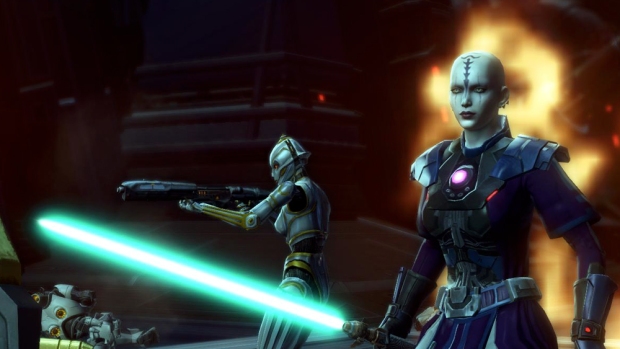 The ship itself is an exciting new location with hidden treasures in the form of grenades and sky-troopers I can reprogram. There are glass floors and complex, interesting things going on behind every partition. In one chamber, there are red lights and sky-troopers floating above in an assembly line. There’s a whole sun chamber room that tries to light me on fire. There’s a hole I have to drop through and an exciting escape from a malfunctioning elevator.

It’s a great location filled with menace. Unlike other chapters which involved running back and forth between locations only to gave to kill the same re-spawning bad guys over and over — this chapter flows neatly and succinctly from the start to the ultimate betrayal. There’s death, hard choices, even a few twists and turns I didn’t expect. 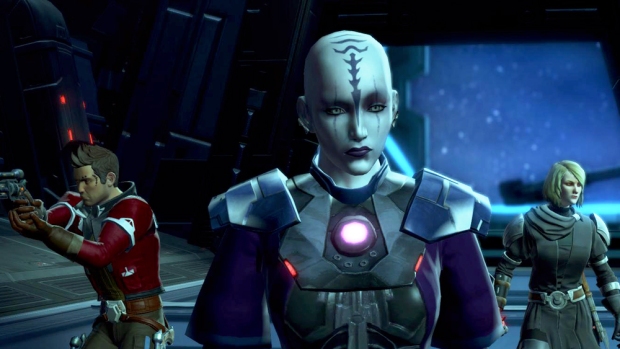 At the end, the only thing missing from this chapter is romance. It seems since pledging myself to Lana our relationship has gone the way of a dry soup packet sitting lonely in a drawer. I am forced to add water where I may to create something pasty and unappetizing. A wistful look here, standing close to each other there — it’s all I have to go on.

Ultimately, I enjoyed the Gemini Deception more than the last three chapters combined. I am left wondering about a few plot dangles, but I’m sure they’ll come together in the next and final chapter of Knights of the Fallen Empire.

I am already looking forward to the next expansion announced for the fall, hoping against hope Bioware will have learned from this first foray into episodic gaming and will come back to the fans with more of what we want — and less of the generic runaround.