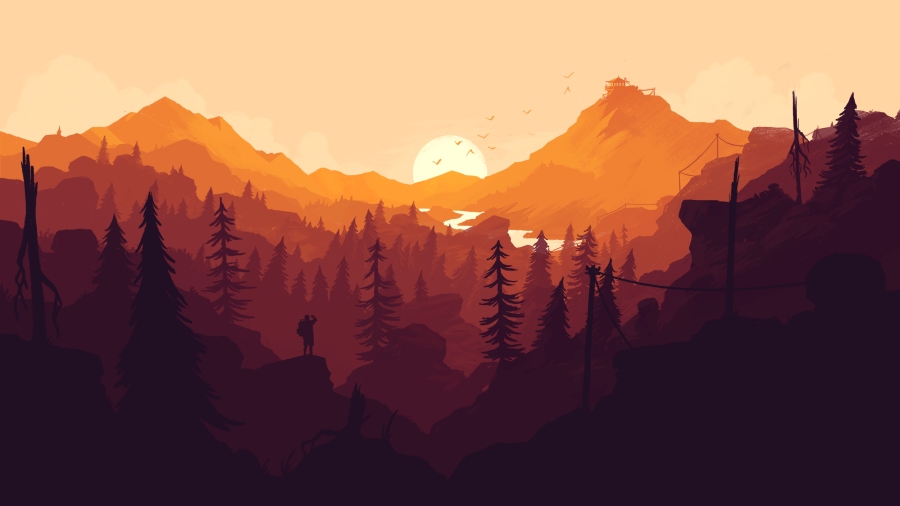 (This post has been previously published to my blog, Light a Candle, here.)

Firewatch is the premier game of studio Campo Santo, who describe themselves as “a small but scrappy game developer in San Francisco, CA.” who “set out to make games about interesting people in fascinating places.”  (from the Campo Santo website).  Now, at the outset of my review I wanted to explain a few background things. For myself, player choice and representation have always been an imperative part of story telling in games, and when I started playing them I made tons of ludicrous statements such as “I’ll only play games where you can play as a woman.” Of course, if you’re a gamer you know this kind of stipulation is entirely unrealistic (perhaps woefully so).

Prepare for some very light spoilers below. I promise I won’t give away anything that doesn’t occur in the first five minutes of game play.

In Firewatch, you don’t begin the game with an intricate system of categories and sliders, nor do you name your character or pick bits of backstory from a list. In Firewatch, the year is 1989 and you play as Henry. A middle aged man whose life has been a combination of blissful married years (always in a heterosexual union with a woman named Julia), romping and strolling with your dog (here you get some choice between dogs, mine was a beagle named bucket), and dealing with the emotional toll of what becomes a long distance relationship and later your wife’s declining health.

Having spent the bulk of my time gaming with RPG’s such as Dragon Age and Mass Effect, it was immediately strange to have the choice of who I was playing dictated. Whilst playing through the introduction (which I’ve done a few times now) it becomes clear that no matter what choices you make as Henry, nothing will ever turn out as you intend. Campo Santo takes away your ability to create a Henry that is a self insert, or to mold a life for him that reflects what your own choices might have been — instead, we always begin the game with a sad, sick taste in our mouth of a life derailed. (Check out this great article about player agency in Firewatch over at Polygon, spoilers abound).

Things having gone so poorly, Henry (and you the player), have taken a job you found in a local newspaper. It’s a summer job, out in the wilderness of Wyoming where you will be charged with keeping watch over the forest for any sign of fire. Your boss is a charming voice on a radio sending you instructions and engaging you in conversation from her own fire tower some distance away. As a player you do have some choice with how much you engage with your boss, Delilah. You could very well choose to ignore most of her conversation options, but through doing so you would lose out on a lot of the games story, and for a game that clocks in at about eight hours of play, that would be quite a loss indeed.

Delilah is instantly likeable and flirtatious and Henry can respond with detachment or receptiveness. Both characters are written with a myriad of flaws bolstered by an absolutely wonderful sense of humor that makes their repartee — the only real delivery system for the games story — feel natural, real and engaging.

The story itself is not at all what I expected. It’s a mystery that rachets up from zero to 100. It’s an exercise in paranoia and the effects of isolation. It’s romantic, tragic, and left me evaluating my life and character in ways I didn’t expect. I don’t want to give too much away, but despite some deficiencies in the way the mystery is wrapped up, the story was thoroughly enjoyable.

One really can’t discuss this game without acknowledging that Firewatch is completely and unabashedly gorgeous. The animation, the art style and the amazing score contribute towards both the atmosphere of isolation and wonder at the incredible natural surroundings. The only problem I had whilst playing was that I was at times so stressed out by the intensity of events that I failed to take my time and inevitably missed a lot of the small details. Were I to play the game  again, I know I would take more time to explore every corner. Not to mention, there’s a wonderful mechanic where you come by a disposable camera and can take pictures of your surroundings in game, but I was often so involved in the story I forgot to use this to document the beautiful sunsets and vistas. Trust me when I say this mechanic has it’s place and by the end of the game, not using all my disposable film was my biggest regret.

When everything ended, for me about seven hours in, a rush of emotions and thoughts ricocheted around the inside of my head. I wasn’t completely convinced that all of the clues made sense when the mystery wrapped, there were definitely some red herrings and smoking guns involved and it took some rowdy discussions with other players for me to feel they sufficiently made sense of all these details. Despite that, the core story of Henry’s emotional journey wrapped perfectly and the catharsis I felt around his character was deeply satisfying. Not to mention, once the credits had finished I found myself in tears and incredibly eager to talk to someone — anyone — about what I had just experienced.

I also felt the need to schedule another play through, I didn’t want the story to end. I was lucky enough to have some friends interested in the game so they played and I watched. Firewatch is just as beautiful to observe, and because it’s a short game it made it doable in two sessions.

The brevity of the game has been a contention point for some. One player left a review on Steam saying they were considering a refund because they didn’t believe there was enough game play to justify the cost. I would recommend reading the thoughtful response and respectful exchange with the developer that ensued, as it encapsulates a lot of important points about indy game making in today’s industry and the price we put on others creativity.

Personally, I feel Firewatch could have done a bit better with its diversity. Because there are only two speaking characters in the game, both of which are very fixed, a player is locked into a specific narrative that might not reflect their own experience at all and even make it uncomfortable for them to engage. For white, heterosexual players Henry is the every man and his story is quite universal, but for minority groups it might feel slightly forced. I think back to my beagle, Bucket. At the outset of the game this is one choice you can make for Henry that leads to an actual divergence of dialogue. If you choose the Beagle, you cannot also have the German Shepard.  This doesn’t affect the story at all, but it gives players the illusion of choice and effectively makes them feel more connected to Henry and his illusive, predetermined past.

One question I might pose to the developers is this — how much more difficult might it have been to, when Henry meets Julia in a bar in the text based intro slide– give the players the option to meet Julia or John. The name of your spouse and the specific pronouns associated with them would make only a few divergent changes necessary in the dialogue, Julia is never seen on screen, and although she is voiced in one short dream sequence, Henry’s sexual identity would have made very little difference to the story being told. The only thing to change at that point would be the undertones of Henry’s conversations with Delilah, and since the player already has the option to engage or not with her flirtations, I maintain that little would be different on the surface. Providing this kind of choice can prevent certain audiences from disengaging with the story and give players more of a sense of participation in what is sometimes a passive narrative.

Ultimately, I think enjoyment of Firewatch boils down to recognizing what it is, and what it isn’t.

What Firewatch is, is a beautifully illustrated, animated, acted and scored interactive short story. The story wouldn’t be out of place at all printed on the pages of a prestigious anthology. Instead, the game developers decided to let us take part in the unraveling of the narrative which lends us the ability to not only observe, but absorb and learn as though Henry’s experiences were our own. 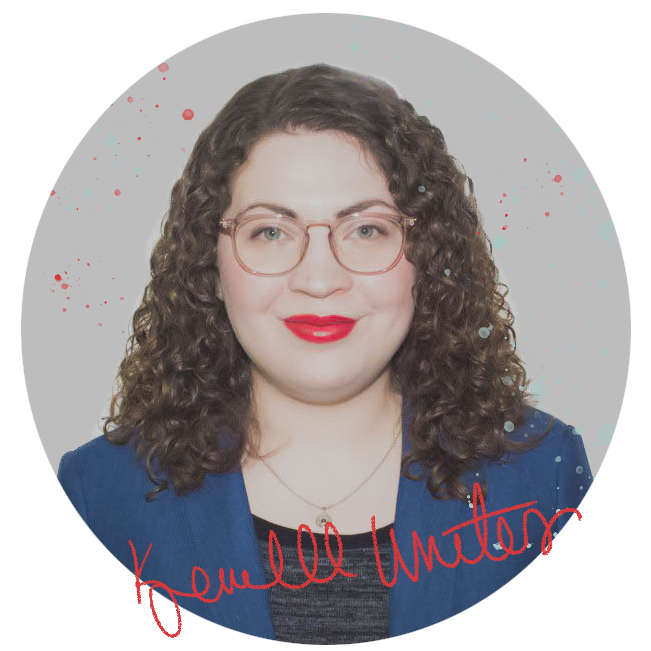 All pics from Junie's daycare, she has such a good time there, I love the photos they send ❤️ today they're learning about going outside and putting on their winter clothes. Junie's helping get the dolls dressed for the winter!
It's a major struggle to get this girl to lay down and not crawl away so here we are, one week from 12 months, taking our 11 month pictures 😂. Poor Junie's been sick off and on since starting daycare but she's feeling good right now. She's just about the sweetest thing lately. Soo cuddly! I never thought my little firecracker would settle down long enough to give cuddles but it turns out that when she wants to -- she knows how. She's been doing this adorable 'glomping' thing where she hugs her toy by diving at it with her face. Well now she's glomping the cat, the dog, and her parents ❤️😂.
How lucky are we?
Junie -- despite being constantly sick since the week before Christmas-- is just about the luckiest baby there is. Grandma and grandpa have been taking such good care of her on days she's not feeling up to daycare, and she's actually loving daycare when she gets to go. She doesn't even mind when I leave her, though she's a little more clingy on weekends. I thought it would be a lot harder to be away from her during the week, but honestly, I am really enjoying being back at work. Oh, and we bought a new car. 🙃 Now you're all caught up! 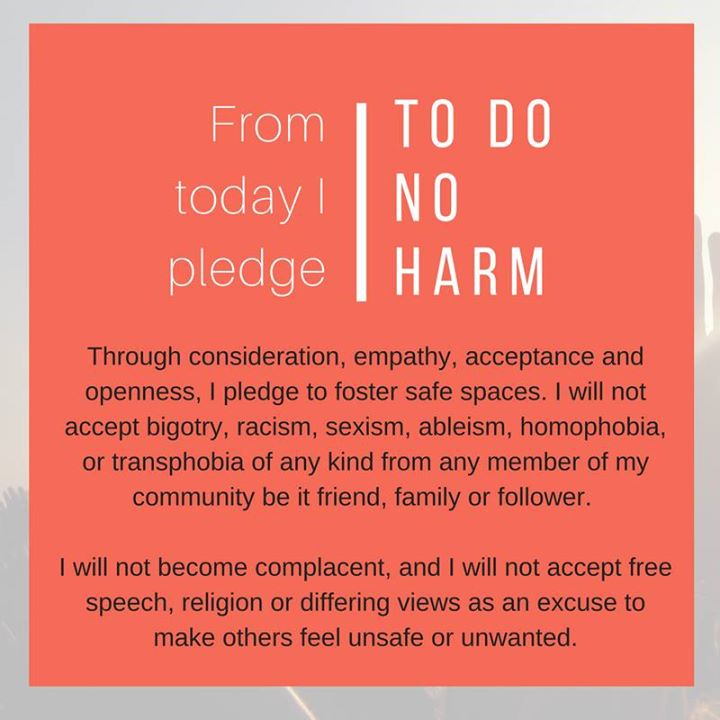